The summer solstice was June 20. Let's celebrate the official beginnning of summer and learn about how the solstice has been, and still is, celebrated all over the world! 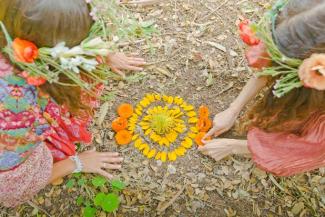 No matter how long the kids have been out of school, the arrival of the summer solstice means that summer is now officially upon us! Along with it comes the longest day of the year and the transition to later sunrises and earlier sunsets.

The word solstice comes from the Latin word solsitium, meaning the “sun stands still.” On the day of the June solstice, the sun reaches its northern-most position. In middle Tennessee, it can be seen in the sky for over 15 hours! Talk about standing still!

For thousands of years, people from all over the world have been using the summer solstice for cultural practices, as well as celebrating this season of change, nature, and new beginnings. In ancient times, cultures used the summer solstice to organize calendars and as a marker to determine when to plant and harvest crops. In fact, some believe that Stonehenge’s unique stone circle was erected around 2500 B.C. in order to establish the exact date of the summer solstice, and used it to count the days of the year. In ancient Chinese culture, the summer solstice was observed by a ceremony to celebrate the Earth, femininity, and the “yin” forces (with winter solstice celebrating the “yang” forces). According to Chinese tradition, the shortest shadow is found on the day of the summer solstice. In North America, some Native American tribes held elaborate ritual dances to honor the sun.

Today, people continue to celebrate the arrival of the summer solstice. In England, many travel to Stonehenge to watch the sun rise perfectly among the stones. In Sweden, the solstice is tied to the celebration of Midsummer, one of the major events of the year in the country. Topped with wildflower wreaths, people dance around a maypole decked out in flowers and greenery. In Times Square in New York City, yogis from all over gather for "Solstice in Times Square," a day-long yoga event that begins at 7:00 am and ends at sunset. 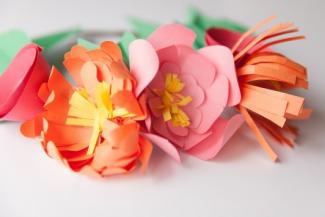 How can you celebrate the official arrival of summertime?

Just be sure to make the longest day of the year one of your most memorable yet! And don’t forget your sunscreen!

Sammie is an outreach assistant with the Bringing Books to Life! program. When she’s not busy reading childrens' books to preschoolers all across Davidson County, you can find her curled up on her couch with a good book and a cup of coffee, or chasing her toddler Emmett around the backyard.