Votes for Women is an interactive exploration exhibit at the Main Library.

If you missed it live, not to worry! You can watch the powerful video celebration of the 100th anniversary of 19th Amendment ratification anytime, on NPL YouTube.

To mark both the 19th Amendment anniversary and the completion of the Votes for Women interactive space at the Main Library, we hosted this celebration of inclusion, inspiration, and voice. Our special guest was Rosanne Cash — singer, songwriter, author, and narrator of the PBS documentary By One Vote: Woman Suffrage in the South.

This virtual experience culminated with neighbors, universities, and other institutions citywide ringing bells, big and small.

In 1920, when the Tennessee Legislature cast its tie-breaking vote to ratify the 19th Amendment, cities across the U.S. rang bells in recognition — but Nashville did not.

On August 18, we broke that silence with the loudest celebration of the summer.

Saints or Monsters: Political Cartoons of the 19th Amendment

From March 31 – May 31, 2021, you can once again visit this Votes-for-Women-related art exhibit in the Courtyard Gallery at the Main Library downtown. You can also view the pieces online, below. Visit the album on NPL Flickr to discover the details of each cartoon.

Through the use of satire and caricature, editorial cartoons illustrate the political landscape and draw attention to the issues of the day. Educational, critical, and entertaining, the political cartoons in Saints or Monsters offer a window into history and show just how much was at stake for American women and our nation in the years leading up to the ratification of the 19th Amendment. 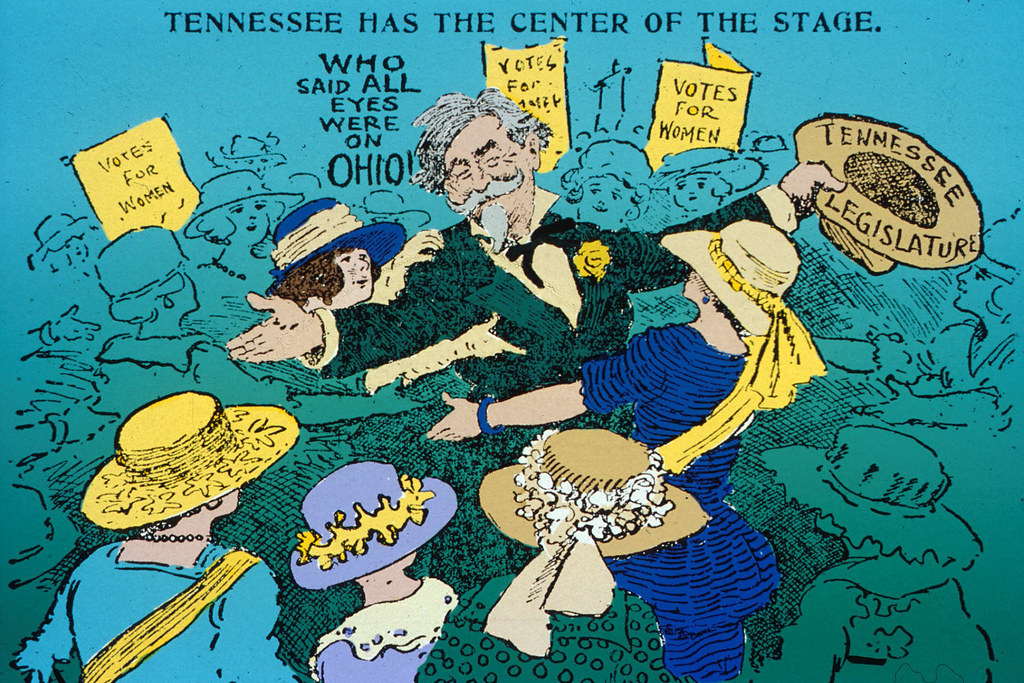 A gift to The Honor Roll is a thoughtful way to celebrate a woman in your life while contributing to this powerful and meaningful project. All tribute names will be listed as inaugural members on digital displays in the room.

About Votes for Women

This permanent exhibit tells the pivotal and dramatic story of Nashville’s role in winning women the right to vote with the passage of the 19th Amendment to the U.S. Constitution. It provides a space to explore the core themes surrounding women’s roles, democracy, and power.

Thank You to Our Media Partner

Thank You to Our Sponsors