Nashville may be known as Music City, but we also LOVE our professional sports – whether the boys have sticks, bats, or footballs, fans will turn out to cheer on our local teams.

Heck, we even managed to sell out 15,000 seats to watch a hockey game that was happening 500 miles away on TV! But, to me, summer means fresh cut grass, clean air, and the snap of a bat as it hits its target. That’s right – baseball season is here!

Nashville has a long history of minor league baseball, which pre-dates the current Sounds baseball team. In fact, Nashville has hosted teams since the 1885 Nashville Americans began playing at Sulphur Dell. Other groups quickly followed including the Blues (1887), the Tigers (1893), the Seraphs (1895), and the Centennials (1897). But the longest running minor league team in Nashville began in the twentieth century. 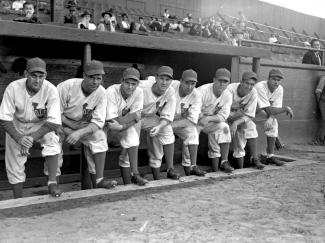 From 1901-1963, Nashville was the home to the Volunteers, often called the Vols (not to be confused with those Volunteers from Ole Rocky Top). The team went through a slew of affiliations with major league organizations including the Giants, Dodgers, Cubs, and Reds. As part of the Southern Association, the Vols consistently won games, eventually winning their first Dixie Series Championship in 1940. 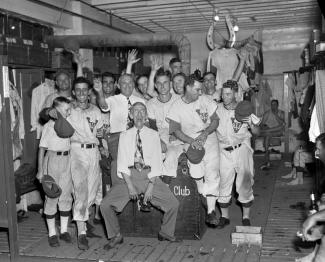 The integration of baseball in 1947 eventually led to the downfall of the Vols. The Southern Association refused to integrate its teams and fought for years against declining attendance and financial struggles. Finally in 1961, the Association ceased operations and the Vols scrambled for a new association. The team played one season in the Double-A South Atlantic League in 1963 but was unable to overcome the debt incurred over the season. The Vols ended their 62 year run on a high note, defeating the Lynchburg White Sox in a double header on September 8, 1963.

When minor league baseball returned to Nashville in 1978, it was under a new name, at a new stadium, in a new league. But today, we still remember the legacy of the Vols and the love of baseball that they instilled in Nashvillians for decades. If you go to a game this season, remember that the Sounds have returned to baseball’s roots in Nashville, playing in the same spot as decades of Nashville Vols before them. 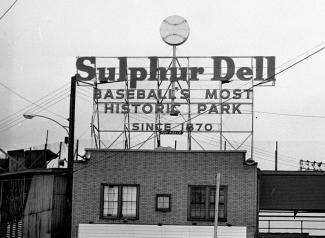 "The Greatest Game Ever Played in Dixie": The Nashville Vols, Their 1908 Season and the Championship Game

By John A. Simpson

Big Hair and Plastic Grass: A Funky Ride Through Baseball and America in the Swinging '70s