The Bilingual Parent and Child

Many parents would like their children to speak more than one language. It’s going to take a more than a few videos or (even!) books for your child to become bilingual, however. For children—or anyone—to acquire a second language, bilingualism must become a way of life.

Many parents would like their children to speak more than one language. Perhaps you are in that camp. Maybe you grew up speaking a language other than English (I grew up speaking Spanish, for example) and want your children to know their cultural language, the one other family members speak. Or maybe you recognize that bilingualism can give your child a certain edge in the global economic market and want your child to learn Mandarin Chinese, or another rising “business” language. 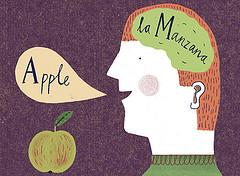 If you have decided to raise your children as bilingual, where do you start? A good first step is to read a book on the subject (of course!). 7 Steps to Raising a Bilingual Child is a practical and useful guide for parents who want to make tangible steps toward becoming a bilingual family. According to the book’s author, Dr. Naomi Steiner, parents must be their child’s bilingual planner and coach. It is up to you to make bilingualism a priority for your family and to take the necessary steps for your child to develop his or her language skills. Will you enroll your child in classes or hire a tutor? Will you or another parent or family member commit to speak to your child solely in the second language you are raising your child to speak (known as the “One Parent, One Language” method)? What sort of community and family resources can you tap into to support your child’s learning?

7 Steps to Raising a Bilingual Child

Once you are raising your child to be bilingual, you may find yourself having to clear up a few-or many-misconceptions. Because they have no experience of bilingualism, some people don’t understand or are skeptical of it. Speaking more than one language, contrary to what some may think, is not a rare phenomenon. In fact, about 3 billion people around the world use two (or more!) languages in their daily lives-whether at home, work, school, or in their communities. In fact, speaking only one language seems to be something only Americans do.

Research has shown that no, children will not “get confused” if they are raised speaking more than one language. The human brain is “plastic.” In other words, it adapts, and does it quite well. It can take in more than one language. All children, even those who are monolingual, make grammatical mistakes and pronounce things incorrectly as they are learning to speak. It’s part of the process of learning how to talk and communicate. 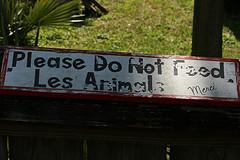 Remember, while there are developmental milestones to watch for -and celebrate- all children develop at their own rate. I didn’t speak until I was 3 and a half years old, while my brother spoke at 9 months. We both learned English as a second language at a young age (7 and 6, respectively). I can assure that we both turned out fine, and did very well in school. My brother and I are bilingual because our parents made it our way of life.  Learning a second language was overwhelming at times, and to be honest, it wasn’t always easy. It isn’t always easy to hold on to a first language either. Then again, nothing worth doing is ever really easy. I can tell you from my experience that raising your child to be bilingual is worth the challenge.

The Bilingual Child and Her Parents