Next Saturday, May 25, the library will host a truly special, one-night-only presentation of How to Catch a Flying Woman* featuring the Nashville Room's very own Tasneem Tewogbola. Written by Nashvillian Cynthia Christina Harris, the work is a combination of poetry, drama, music, and dance—a choreo-poem that celebrates women’s voices and recognizes the necessity of supportive communities. Inspired by Ntozake Shange’s work for colored girls who have considered suicide / when the rainbow is enuf, Harris calls How to Catch a Flying Woman the “artistic half of [her] research into black women’s lives and intimate relationships.” The playwright describes a woman in flight as someone who is passionately following big ideas and taking risks. Inevitably she will falter as she soars towards success and will need a safe and supportive space amongst friends to heal and restore herself. With this piece, Harris asks, when she falls, will you do more than witness? 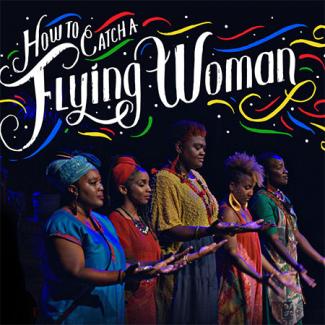 Nashville, Tennessee has a long and storied history with theatre and the performing arts, and here in Special Collections, we have A LOT of items documenting this history. To complement the theme of driven, inspirational females underlying “How to Catch a Flying Woman,” I decided to present a glimpse into the collection of Madge West, aka Mrs. J. Barthell Joseph—an actress, director, organizer, and mother. The collection includes two theatrical scrapbooks compiled by Madge herself of articles, reviews, photographs, fan letters, and other ephemera. Born in 1892 in New York City, Madge’s mother was a true Stage Mom, landing her 5-year-old daughter a spot playing Cupid in the original Broadway stage production of Ben Hur. She continued working as a child actress and eventually graduated from the Finch School after studying under producer David Belasco. Madge became the youngest leading lady on Broadway in 1917 at the age of 25 and went on to appear in some feature films including “Leave it to Susan,” and “Madcap Madge.” During WWI, Madge went to France with a YMCA entertainment unit and fell in love with a soldier stationed in Nice. In 1920, she married the soldier, John Barthell Joseph, and moved to his hometown of Nashville. In a later interview, Madge claimed that at this point, she was ready to give up the theatre, seeing as how she had already had a successful, professional career for 17 years. She was ready for a "different life," a “settled life.”

"The Imaginary Invalid," circa 1926. Madge West Joseph is first on left.

But Madge’s name and talent preceded her, and theater enthusiasts in Nashville begged for her participation in local productions. Madge gave in, and appeared in performances with the Stagecrafters and Community Theatre and later helped to organize the Nashville Little Theatre. She then moved on to become the first drama director at radio station WSM where she hosted a beloved evening dramatic production which drew a particularly large and enthusiastic audience. Often participating in charity work, Madge directed the WSM Players in a 1933 benefit show at the Orpheum Theater for East Nashville tornado relief. 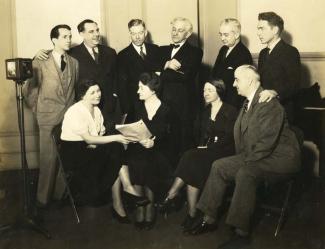 Sadly, in 1947 after nearly 30 years of marriage, her husband John Barthell Joseph passed. Widowed and with two grown children, Madge took on the role of director of the Children’s Theater in 1948 and even got back onstage herself, starring in the Playhouse production of “Pygmalion” and “The Royal Family.” Around 1955, when Madge was in her 60s, she traveled to New York for what she thought was simply a visit but ended up moving back to the area. She rejoined the local theatrical unions and began acting professionaly again. Madge would go on to star in more than 1,000 television commercials for Procter & Gamble, Citgo, Morton's Salt, and Braniff Airlines. Her most notable role came in the 1970s as “The Smuggler,” a granny with a near-obsessive preference for White Cloud toilet paper. Around 1980, Madge moved to Memphis, TN to live near her daughter and she passed at the age of 93 in 1985. 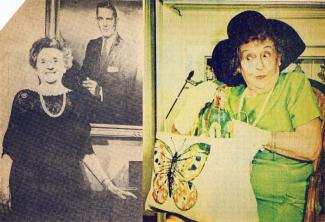 Reading Madge West Joseph's story with contemporary eyes, it's easy to interpret her marriage as an abrupt interruption to her budding stage career, a career she almost instantly picked back up again (and excelled at) after her husband passed. Indeed, in a letter found in her scrapbook, she underscores this dichotomy by calling her acting career "the other side of her life." On the other hand, she also insists that she had no regrets leaving the theater to raise a family, and reviews and editorials in this collection reveal that she was a hero and an icon within the local theater community in Nashville. The Madge West Joseph collection tells the story of her glowing reception as she ascended the stage for the first time, a fortifying period with her family and the Nashville theater circuit, and a triumphant return to the spotlight. Women like Madge contain multitudes; it is inspirational to see their rise, but as Harris discusses in "How to Catch a Flying Woman," is any of it possible without the loving support of a community? 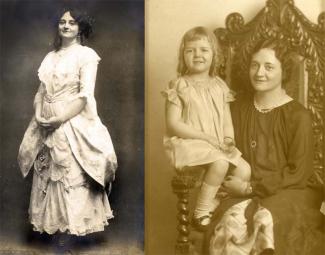 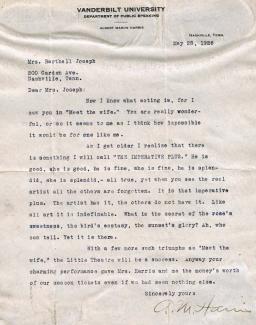 "The Imperative Plus," 1928. The Madge West Joseph collection.

For colored girls who have considered suicide, when the rainbow is enuf: a choreopoem

Apollo's struggle : a performing arts odyssey in the Athens of the South, Nashville, Tennessee