"We've Landed on the Moon!"

This year marks the 50th anniversary of Apollo 11. In honor of that momentous occasion, Metro Archives recently had an exhibit highlighting Nashville's impact on space exploration. Here are a few things included in the exhibit!

While Nashville is not necessarily synonymous with Houston when it comes to space exploration, you can't count it out as a city that contributed to space discovery either. Metro Archives' exhibit on space took a look at a few important events and individuals that helped put Nashville's name among the stars. Since publishing this blog post, the exhibit has been taken down; the current exhibit highlights the Metro Water Department's 130th anniversary.

However, since it's no longer up, here are a few highlights from the exhibit:

A more detailed description of the Signal Service is provided in my previous blog post - When Deer are in Gray Coat in October, Expect a Severe Winter - if you're interested in learning more about how the National Weather Service began. But right now, this brief explanation of the department highlights one of the reports currently on display in the exhibit.

I'm not sure if you'd consider an aurora borealis an astronomical event, but close enough. It's one of my favorite reports from the weather journals, and truly underscores how Nashville's weather has changed in the last one hundred years.

Can you imagine being able to see the northern lights, from Nashville? If only, but will most likely never happen in our lifetime. But back when the winter weather in Nashville used to be similar to a winter in the North or Midwest now (strange that it was in September though), when conditions sound like they were just right for the lights to be seen - it happened here in Nashville. And the Signal Service staff were only too happy to be able to document the aurora...

"The observer has the pleasure of recording the first Aurora seen since this has been a Station of Observation: This brilliant display began at 3:22 a.m., with a small arc, or segment the estimated altitude of which was 8 degrees, and azenith [estimated guess] from 3:50, past N. to 15 degrees E, composed of colors varying from a bright reddish - brown tint to one of a light slate color, further overcapped by a low of very pale straw color, blended on its upper edges with a sort of whitish light..."

You can read the rest here... 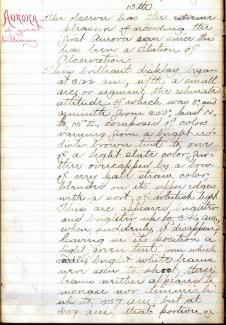 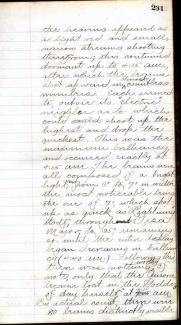 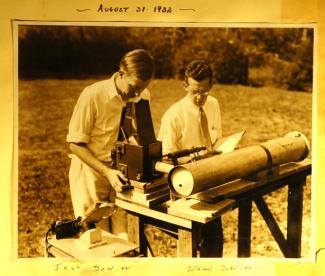 Jack DeWitt was a man of many firsts, as well as a man that did a lot for the city of Nashville. From starting the city's first radio station in 1922, in the auditorium of the old Ward-Belmont school (Belmont University today), to also launching the city's first television station with WSM in 1950, you could say the man stayed busy. All this on top of the fact that he only completed 2 years at Vanderbilt; to him, that seemed to be enough.

What makes him particularly notable to space exploration is a project he completed with the Army Signal Corps known as Project Diana. In January, 1946, DeWitt and his team at the Evans Lab in Belmar, New Jersey worked for months on perfecting their equipment to bounce radar signals off the moon. After several months of tests, the echoes came back one night in late January. 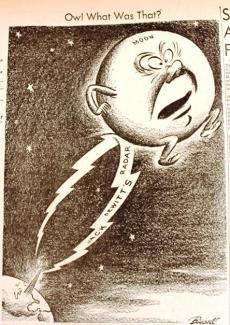 Cartoon from the Tennessean newspaper of Jack DeWitt's "Project Diana".

DeWitt became the first person to ever bounce radar signals off the moon, and this project was also the first active attempt to probe another celestial body. According to a 1999 Tennessean article, this success made him the "Father of  Radar Astronomy." The writer of the article also states...

"His basic radar technique, improved and refined over the years, has resulted in truly major astronomical discoveries. One was the finding that the planet Mercury does not (as I was told in elementary school) rotate with its same hemisphere always pointing toward the sun. In fact, it rotates such that every time it orbits the sun twice, it turns on its axis three times. Curious, but true." 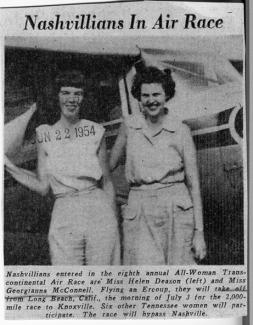 News clipping from June 22nd, 1954 - Georgiana McConnell is on the right.

I've already written an extensive blog post about Astronanut Dr. Margaret Rhea Seddon, who is also featured in our exhibit. So check that out if you're interested in learning about her career (or come visit the exhibit). This blog post will just focus on the flying career of Georgiana McConnell.

The McConnell name is pretty well-associated with aviation. If you've ever heard of McConnell Field (or if you haven't), which was located where McCabe Golf Course now sits in West Nashville, you should know that this field was named after Georgiana's uncle who flew in the 105th Observation Squadron. 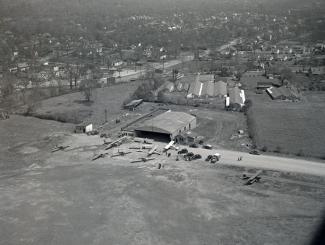 Georgiana caught the flying bug as well in 1944, when she won a scholarship offered by the 99's (an international organization of licensed female pilots that began in 1929). She was trained at Cumberland Field (originally called Gillespie Field) by a former World War I pilot.

On top of being a member of the Civil Air Patrol and the 99's, she also raced in many competitions such as the All-Woman Transcontinental Air Race (see the news clipping above) and Powder Puff Derby.

According to a 1984 news article about her, she said her first love was an open cockpit PT-19...

"That was the only thing that I've ever cried over when I had to get rid of it."

But what does all of that have to do with space? Well, because of her talent, she was asked in the early 1960's to be a female astronaut candidate. So, she was flown with 30 other female pilots to Albuquerque, NM, for physical testing.

Unfortunately she didn't pass, but the tests sounded pretty intensive and gruesome. To name a few:

But her least favorite test was having to swallow a tube down to her stomach to test for acid. They had to wait for 30 minutes with the tube down their throat.

In the end, she didn't pass because it was determined that she would react poorly to a lack of oxygen at high altitudes.

And to top it off, here are a few news clippings pertaining to the space race, from local newspapers... 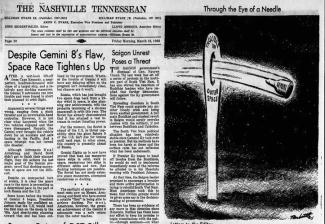 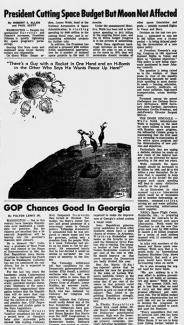 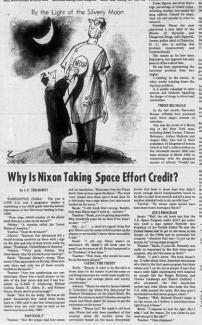 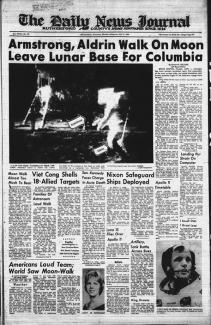 Space race : the epic battle between America and the Soviet Union for dominion of space

The Mercury 13: The Untold Story of Thirteen American Women and the Dream of Space Flight