A Feast of Winter Holiday Traditions

December and January present a rich opportunity to explore how different cultural traditions celebrate the winter holidays. Branch out from snowmen, reindeer, and candy canes by learning about Hanukkah, Kwanzaa, and Three Kings Day.

The month of December (and into January) presents a rich opportunity to explore how different cultural traditions celebrate the winter holidays. Branch out from snowmen, reindeer, and candy canes by learning about Hanukkah, Kwanzaa, and Three Kings Day. Then, honor what you have learned by enjoying a few different  holiday activities! 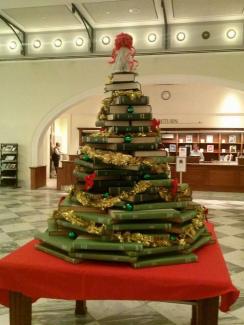 Hanukkah is also known as the Festival of Lights. This year the festival will begin on Sunday, December 22, and end on Monday, December 30. In Pearl’s Eight Days of Chanukah, a young girl celebrates each night of Hanukkah with her family. On the third night, Pearl and her family have a big party with lots of food, including latkes with applesauce and sour cream. You can make latkes at home using Pearl’s family recipe, which calls for eggs, potatoes, onion, and matzoh meal. After mixing into a batter, the latkes are fried in hot oil. Drain them on paper towels before serving. The traditional recipe can be modified to include cheese, or can even be made with carrots, parsnips, or zucchini instead of potatoes.

Kwanzaa begins the day after Christmas, and continues for seven days until New Year’s Day. In Kwanzaa Karamu: Cooking and Crafts for a Kwanzaa Feast,  April A. Brady explains that before Kwanzaa can begin, its seven symbols must be gathered and  placed on the celebration table. The first is the mkeka, or a hand-woven mat. Among several crafts and even recipes, Brady gives instructions to make your own mkeka from strips of construction paper. Upon it are then placed the other symbols of Kwanzaa, including a candleholder with seven candles, fruits and vegetables to represent the harvest, and ears of corn, which symbolize children and their promise for the future.

Kwanzaa Karamu: Cooking and Crafts for a Kwanzaa Feast

By April A. Brady

On January 6, Spanish-speaking people in the United States and around the world celebrate Three Kings Day, or el Día de los Tres Reyes.  The night before, children gather grass to put into a small box, which is then placed under the bed, along with a small bowl of water. According to tradition, the Three Kings visit during the night as they make their way to Bethlehem. At each house, their camels eat the grass and drink the water. In return, the Three Kings leave gifts for children to discover in the morning. In Three Kings Day: A Celebration at Christmastime, ten-year-old Veronica and her siblings carefully decorate the boxes they will leave under their beds. Your child can decorate a box to prepare for the Three Kings´visit to your home. Cover a shoebox with plain butcher paper to make a blank canvas for your child´s creativity. Children can decorate the box with traditional motifs of stars, like the Star of Bethlehem, or crowns, as the Three Kings wear. They can also use paint and even glitter to represent the gold, frankincense, and myrrh the Three Kings carried.

However you celebrate the holiday season, we hope that you take the time to share with family and friends, and maybe learn something new about other cultural traditions as well! Below are other books about Hanukkah, Kwanzaa, and Three Kings Day that you may want to make part of your holiday celebrations!

While the Bear Sleeps: Winter Tales and Traditions

Federico and the Magi's gift: A Latin American Christmas story