If we want to build a better future for humanity, we should start with LEGO.

That’s the conclusion that many scientists, researchers, and child development specialists around the globe have come to. For them, LEGO is the ideal way to get more people vested in science, technology, engineering, the arts, and mathematics (STEAM).

For more than 70 years, LEGO has equipped people young and old to explore concepts in STEAM as they unleash their creativity. Children learn best through play, and LEGO gives them the perfect outlet to do that.

“Instead of telling kids why abstract concepts like algebra or trigonometry are important, science teachers should say, ‘Let’s build a LEGO robot!’” said Dean Kamen, an engineer and inventor of the Segway, in an interview with Smithsonian magazine. “With a little assistance, the kids build one and it solves a problem. Suddenly, they realize that math and science are very powerful tools. Suddenly, math and science are relevant and fun.”

In a time where the world needs more people skilled in STEAM, colorful blocks might just be the answer to creating the dreamers who will shape the future. 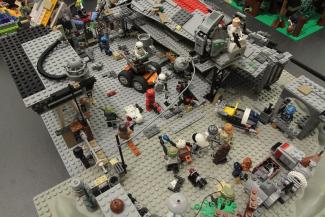 Each year, NPL hosts its LEGO Contest to give Nashville the chance to dream, build, and display their creations for all to admire.

“Patrons came up to us telling us how much they love the yearly tradition of the LEGO Contest, and how much it inspires their children’s creativity. Some children are already hard at work on next year’s creation!” said Pat Bashir, manager of the Children’s Library at NPL’s Main Library.
The annual competition draws hundreds of children, teens, and adults to enter the competition, with creations ranging from rural landscapes to robots, sporting events to family pets, and everything in between. No matter what theme contestants choose, the results are always rousing.

The 10th annual contest, held last Saturday at the Main Library, was no exception. There were 247 entries in the categories of Preschool - K, grades 1 - 2, grades 3 - 4, grades 5 - 7, grades 8 - 12, and adults. In each category, a first place, runner-up, third place, and crowd favorite entry is chosen, as well as a few honorable mentions. More than 400 people submitted their nominations for this year’s crowd favorites.

“Messer is dedicated to giving back to the community, and we are so appreciative of the partnership we’ve built with Nashville Public Library both professionally and philanthropically through the last five years. Our team had a great time highlighting the best constructed entries with the Construction Superlative awards and interacting with the future builders of tomorrow,” said Tom Lampe, vice president and Nashville region leader for Messer Construction Co.

Following are the winners from this year’s competition. 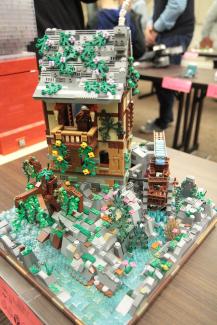 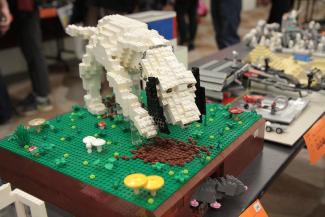 2nd Place: “The Nashville Dream” by Brennan B. 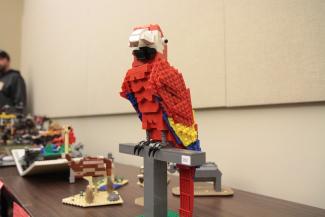 2nd Place: “Battle of the Somme” by Colin M.

NPL would like to thank Messer Construction Co. for sponsoring this year’s LEGO Contest, and for the support of Mr. Bond’s Science Guys, Camp Brick, and the Nashville Public Library Foundation in making the event possible.

“Messer is dedicated to giving back to the community, and we are so appreciative of the partnership we’ve built with Nashville Public Library both professionally and philanthropically through the last five years. Our team had a great time highlighting the best constructed entries with the Construction Superlative awards and interacting with the future builders of tomorrow,” said Tom Lampe, vice president and Nashville region leader for Messer Construction Co.

Building with Blocks at the Library

You don’t have to wait until next year’s contest to start unlocking your potential with LEGO at NPL.

Across the library system, NPL hosts LEGO workshops that equip visitors to create to their heart's content. These events are free, and LEGO bricks are provided — all you need to bring is your imagination.

Check the library’s events calendar to find a LEGO event at your nearest location.