8 South Korean Movies on Hoopla for Fans of Parasite

If you liked Parasite, try some of these other South Korean films now streaming on Hoopla. 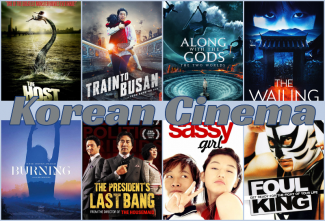 With Bong Joon-Ho's Parasite receiving a lot of international praise, here are some recommendations for folks looking to explore more South Korean cinema.

[[nid:6358]] Of course, Parasite isn’t Bong Joon-Ho's only big hit. 2006’s The Host centers on environmental horrors as a man tries to rescue his kidnapped daughter from a mutant river monster.

[[nid:6359]] If you like 28 Days Later, Train to Busan is a zombie apocalypse must-watch. Also featuring a father daughter relationship, the film follows a group of passengers trying to reach a quarantine zone on a bullet train. Bonus: The animated prequel, Seoul Station, is also available on Hoopla.

3. Along with the Gods

[[nid:6360]] For an epic fantasy adventure, look no further than this two-part series based on a webtoon by artist Joo Ho-min. Think Lord of the Rings, but instead of trying to save Middle Earth, characters who have already died are on a journey to achieve reincarnation rather than be stuck in the afterlife.

By Na Hong-jin.
The Wailing is about demon possession in a small town, and in particular, a cop whose daughter falls victim to this supernatural conundrum. It starts out kind of funny like Shaun of the Dead, but by the second half it is full-blown Exorcist. Not for the faint of heart.

[[nid:6362]] Aspiring novelist Jong-su falls in love with mysterious childhood friend Hae-mi, but then she disappears. Seeking answers, he turns to rival love interest, Ben, played by none other than The Walking Dead’s Steven Yeun. This slow burn psychological thriller is based on the short story “Barn Burning” in Haruki Murakami’s The Elephant Vanished.

[[nid:6364]] Based on a series of autobiographical blog posts written by Kim Ho-sik, My Sassy Girl offers a different take on the manic pixie dream girl trope. This extremely popular rom-com has inspired a sequel, television adaptation, and even a US remake starring Elisha Cuthbert and Jesse Bradford.

By Kim Jee-woon.
Office Space meets Fight Club in this dramedy by filmmaker Kim Jee-woon about a frustrated banker who decides to take up wrestling.

I Saw the Devil