Nashville Family Collection - Can you locate where these pictures were taken?

Metro Archives recently received a small donation of documents/photographs/clippings for a couple of local Nashville families' vertical files. The families that are related by marriage are the McClanahans and the Weakley - 2 families that I found after a little research, have prominent roots in Nashville. The photographs donated date to around the early 20th century and are without doubt, very remarkable. However, many came without a caption or any identifiers at all, and they're not all in Nashville. The families appeared to have traveled a lot. Can you help us out and help identify a few of these locations?

I recently processed a collection we have in Metro Archives that covers two prominent Nashville families - the McClanahan's and the Weakley's. After a little research, I discovered how both of these families were related and how they both made their mark on the city. The collection is a healthy assortment of documents (mostly genealogical), news clippings, correspondence, and best of all - photographs. I say best of all because the two large photo albums donated include quite a few photographs from family travels around the country. But it has also been a crux because most if not all, are not captioned or dated. So while I am able to identify a few, there are several I cannot.

So along with the slideshow I'm providing of several of the identified photographs, I'm also going to include a few that we cannot locate. On top of that, check out a few highlights about the family:

There's quite a bit more information about both families, but in lieu of making this post impossibly long. My suggestion is to just come up to visit us in Metro Archives, I'd be happy to let you view the recently-processed collection.

What we can identify:

These images in the slideshow predominantly make up the photographs we were able to identify. If the caption-title is incorrect and you know the correct location/time period/individual, definitely let us know. Otherwise, enjoy! There are some unique photographs in this collection.

What we can't identify: Do you know where these photos were taken or who they may include? I'VE BEEN ABLE TO IDENTIFY A FEW OF THESE PHOTOGRAPHS THANKS TO HELP FROM NATIONAL ARCHIVES AND NY ARCHIVES -

Identified as view of Lower Manhattan from pier near South Street seaport (most likely from Pier 13). building on the right is the Singer Building, demolished in 1968. Photo most likely taken before 1910. 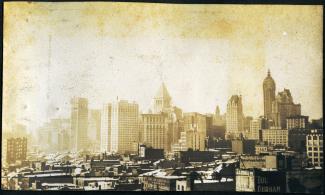 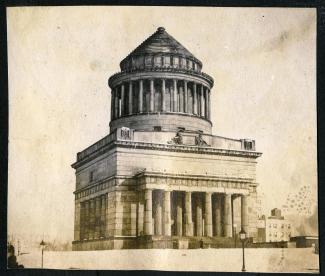 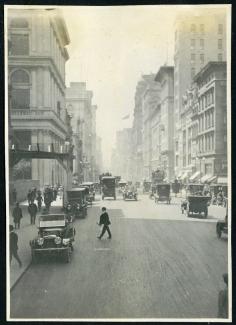 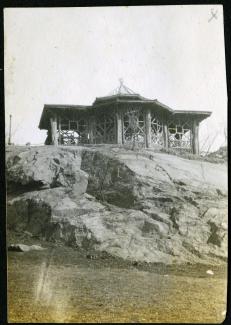 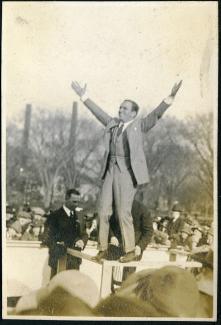 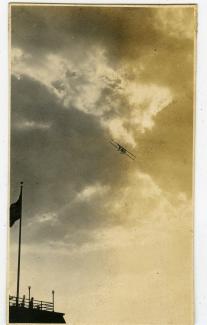 Identified as possibly being Pier 17 near South Street seaport 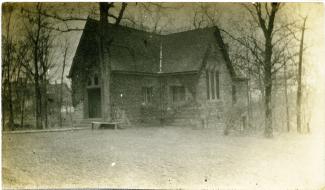