So, as we approach the 2020 opening of Votes for Women, we're taking time now to introduce you to women whose names you might not yet know ... but whose stories, insights, and accomplishments are worth discovering. 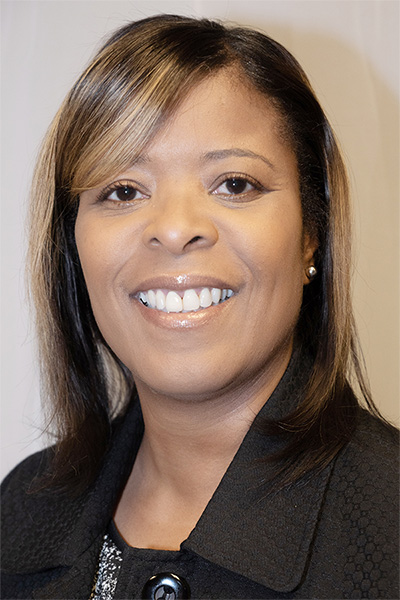 How much of a difference can one person make in their community? If you’re Katina Beard, the answer is quite a bit. This is the story of a woman who — after growing up with no private health insurance as a girl — now leads an essential healthcare center in Nashville. It’s also the story of a woman who, after benefitting from the mentorship of another female CEO, has built her own, all-woman senior leadership team.

Katina is a wife, a mother of two, and devotes time to her local Girl Scout Troop, where she is a Troop Leader and role model for the next generation of women. When she isn’t juggling these roles, Katina is more publicly known as the Chief Executive Officer of Matthew Walker Comprehensive Health Center (MWCHC), a non-profit medical center providing affordable and quality healthcare to patients throughout Middle Tennessee at three clinics in Nashville, Smyrna, and Clarksville.

Katina’s first job was at MWCHC’s door, in a temp position in the CEO’s office in 1996, which she held while working on her Master of Public Health degree at Meharry Medical College.

Following the temp position, Katina continued her studies at Meharry and honed her professional experience at jobs, including two years with Veterans Affairs and their Ambulatory Care Department. As she continued down her path of public medical service, she kept in touch with MWCHC, and when she was offered a position in 1998, she gladly accepted.

And as MWCHC evolved, so did Katina.

Later that year, MWCHC hired its first female CEO, Michelle B. Marrs, who was pivotal in moving the clinic from its location on Herman Street to the state-of-the-art Jefferson Street location, where the clinic still lives today. At the recommendation of the senior management team, Katina was promoted to Operations Manager and oversaw the transition to this new location.

“I worked with the contractor and the architect on designing the new building, made sure we stayed on construction schedules, and managed the grand opening,” Katina said.

Once the new location opened in 2004, Katina was promoted to Director of Special Programs, where she focused on grant writing and working with community partners to address health disparities. She developed and grew this role for ten years until becoming CEO in 2014.

A Life of Advocacy

Growing up in the inner city of Chicago, Katina and her family did not have private insurance and benefitted from public clinics throughout her childhood. As she learned more about community health centers and their deliberate approach to equitable services, she became more determined to influence the field, starting at MWCHC.

As the Director of Special Programs, Katina kept her department’s focus on research equity and how partner organizations could become better stewards to their community.

To this day, Katina still devotes the majority of her time to advocating for community health opportunities at the local, state, and federal levels. She was recently installed as the Tennessee Primary Care Association’s board chair, and United Way has appointed her a member of the United Way COVID-19 Response Fund Committee.

The Impact of Powerful Women

It takes a village to keep community clinics running, and the work at MWCHC is no different. The organization employs approximately 120 people across its three locations. Katina also oversees a top-notch team of five senior staff members – all of whom happen to be women.

“It’s not that we have a bunch of women because I wanted all women,” said Katina about her team. “It’s because they’re all women who are capable of taking care of this business.”

And that they have. In 2019, MWCHC served more than 17,000 patients through more than 46,000 visits regardless of their ability to pay. They offer patients access to 17 distinct services ranging from dental care to behavioral health to an on-site food bank. MWCHC sees the value of increased access to health care opportunities, and the staff and leadership teamwork daily to make sure their offerings continue to be high quality and available to all.

Katina also recognizes there have been powerful female leaders at MWCHC before and during her time there, and she is making sure there will also be others after her.

Former CEO Michelle B. Marrs was the organization’s first female leader and the guiding force behind the clinic’s relocation to their current building. Katina worked underneath Marrs and learned from her thoughtful and effective leadership. As CEO, Katina continues to train students and residents from all over the region about how their career can develop into a life of advocacy at community clinics.

“We really engage in the work of making sure we have people coming behind us that are trained in this work,” Katina said.

Three Questions on the Future

The struggle for access and equity in health care is a continuous battle, and leaders such as Katina and the team at MWCHC continue to fight tirelessly as advocates for the entire community. Her story is woven into the fabric of other great women on the front lines of equality advocacy. Votes for Women will shed light on many of their stories, whether at the voting booth or in the medical clinic. The room looks to past and present struggles, and – just like Katina – inspires future women to take up the charge and carry on her work to help generations to come.

As we reflect on the history of women’s rights, we asked Katina about the impact of voting and what she hopes for the future.

What do you want to be different for the next generation of women?

“My hope for the next generation of women is that they truly know they are crafted by God for a specific purpose. We spend so much time dwelling on the questions of ‘What am I supposed to do,’ ‘Who am I,’ ‘Why me?’ I want us to have the confidence that we are “purposed” for this moment.”

What does the right to vote mean to you?

“For me, the right to vote and the commitment to fulfilling that right is an honor to the legacy of women that fought for the rights of women they would never know. It amazes me to think about the improvements we are making for the future generations I will never see.”

What form of power do you not have that you wish you did?

“Honestly, I think to have the political power to truly address poverty and health equity would be my choice. Addressing these two issues is not a financial issue, it's a structural and political system that needs to be restructured.”