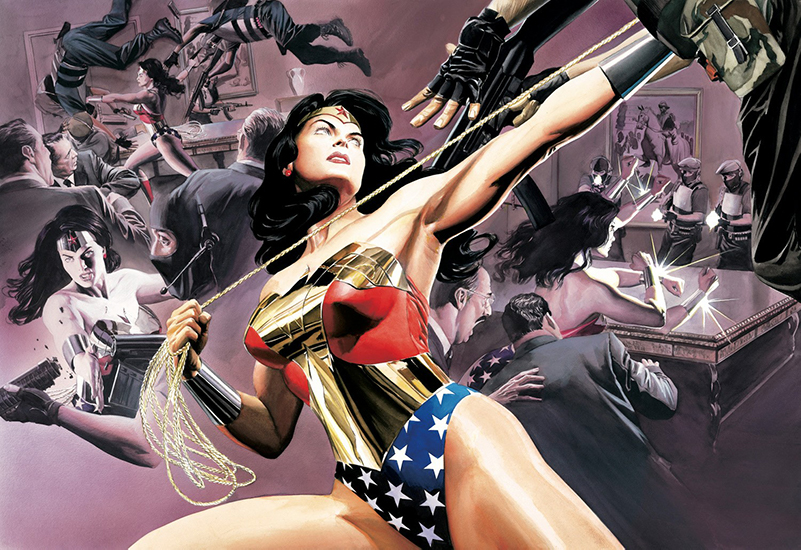 The wide world of fandom is filled with things to watch, read, and play with. From comics and anime to video games and movies, pop culture is overflowing with amazing stories of heroes, villains, and everyday folks caught in fantastic situations that inspire wonder in all of us.

Fandom Fest at Nashville Public Library (NPL) is all about celebrating those things.

This year, Fandom Fest is going virtual, with some fantastic programs for comic book nerds, otakus, board game enthusiasts, and everyone in between from March 1 - 31.

To get things started, we’re taking a look at one of fandom’s most enduring — and, dare we say, wondrous — characters.

She has the strength of many men; a magic lasso that compels people to tell the truth; training from some of the fiercest warriors on the planet; and the courage to do the right thing, no matter the cost.

Over the past 80 years, Wonder Woman has established herself as one of pop culture’s most revered icons. From her debut as a comic book superheroine in 1941 to TV idol in the 1970s to star of blockbuster movies in the 2010s, Princess Diana of Themyscira leads as both warrior and diplomat in the hearts of millions of fans around the globe.

Drawn from a rich variety of inspirations, Wonder Woman is a character who can easily stand on her own, but also serves as a gateway into some of the most beloved stories ever told.
As Wonder Woman celebrates her birthday on March 22, we can’t think of a more perfect way to say “happy birthday” than sharing some of the best stories featuring the Amazonian Princess — and tales that tie in with her mythology — in our catalog.

The Best of Wonder Woman

One of the best things about Wonder Woman is that, no matter what type of media you prefer, her adventures span the spectrum of fandom. Whether you like comics, movies, TV shows, animated films, or video games, Diana is featured in a wide array of formats.

To get you started, here are just a few titles featuring the iconic heroine in some of her most adored tales.

And if you can’t get enough comics, why not make your own? Join us as we introduce you to the world of sequential art with Comic Creations on Thursday, March 4 at 5 PM CST.

The Legend of Wonder Woman 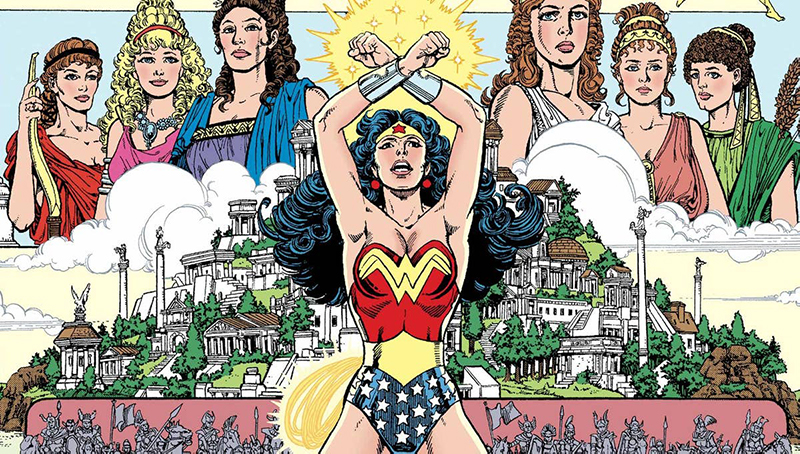 Proud Member of the Greek Pantheon

As Princess of the Amazons, it should come as no surprise that Wonder Woman’s world is filled with references to Greek culture and myths. In the course of her journey, Diana has come face-to-face with Olympian deities such as Hera, Ares, Hermes, Apollo, Athena, and Zeus. In fact, in one story arc, Wonder Woman herself becomes the God(dess) of War.

If you love mythology, or just timeless tales that endure through the ages, check out the stories and characters that both inspire and feature in Wonder Woman’s adventures.

Clash of the Titans

The Amazons: Lives and Legends of warrior Women Across the Ancient World

Jason and the Argonauts 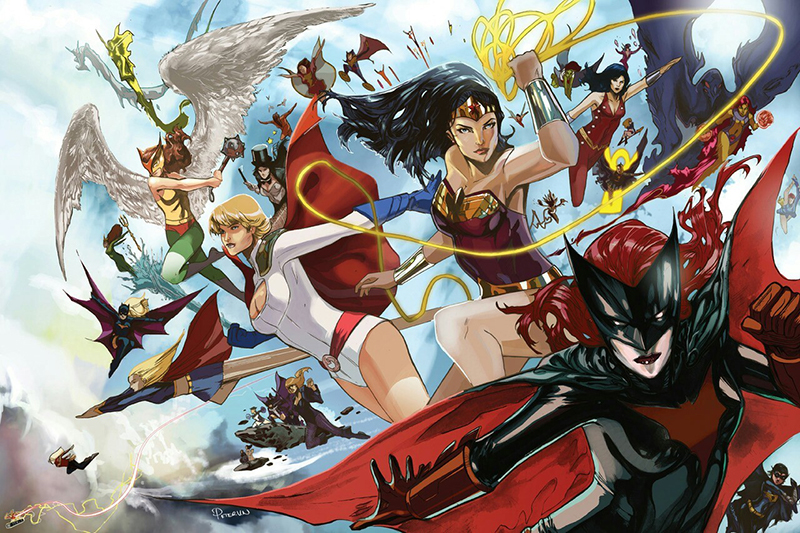 A Leading Lady in Fandom

Wonder Woman might be a part of “The Trinity” of DC Comics that also includes Batman and Superman, but ask anyone (including Supes and Bats) and they’ll tell you: Diana isn’t waiting for any man to come and save her. Since her debut, Wonder Woman has inspired countless leading ladies who are smart, brave, strong, noble, and don’t have any reservations about drawing the sword if the olive branch fails.

If that sounds like the kind of woman you’d like to read about (and, I mean, who doesn’t??) then check out these titles featuring some of the strongest women in comics.

Batgirl, Vol. 1: The Batgirl of Burnside