During this episode we talk to Film Composer Charles Bernstein. Mr. Bernstein’s credits include A Nightmare on Elm Street, White Lightning, and the upcoming Movies @ Main feature Mr. Majestyk. Bernstein discusses scoring the job on Mr. Majestyk, his thoughts on temp tracks, and how cooking can have an impact on film composing.

Join us for a free screening of Mr. Majestyk starring Charles Bronson on Saturday March 9 at 2:00 p.m. in the first floor auditorium. 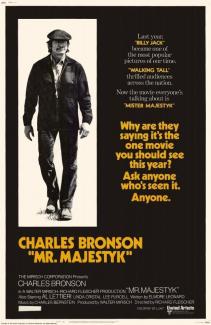