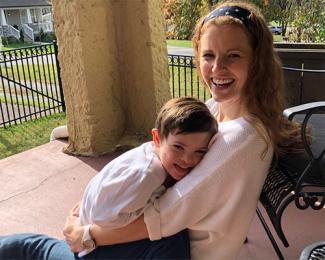 My favorite story about my son relates directly to a commonly unknown fact about the Nashville Public Library.

The third floor of the Main Library downtown houses Library Services for the Deaf and Hard of Hearing (LSDHH).

You read that correctly.

We are a very rare public library because we have a collection of materials that are funded by the state, and available to all state residents, yet housed in a public library setting. You don’t have to be deaf or hard of hearing to access the materials. It’s for everyone…every Tennessean.

Especially individuals with delayed speech, like my son Uriah.

Now, my favorite story about Uriah…

In January 2014, Nashville got a pretty significant snowstorm. Roads were closed and schools were canceled. I can remember Uriah waking up and walking into our living room. After telling him school was canceled, I pulled back the curtains to reveal big, white, rapidly falling flakes of snow.

To fully understand what happened next, you need to know that Uriah was mostly non-verbal at this point in his life. He could speak, but only a handful of words clearly. Speech delays are pretty common when you’re downright awesome (a.k.a. have Down syndrome).

At the time of the snow storm, his preferred language was American Sign Language. A language we taught him thanks to the countless signing materials we checked out from, you guessed it, the LSDHH at NPL’s main location.

So going back to our living room in January 2014, I pulled back the curtains to reveal an unobstructed view of the snow falling. Uriah did something I’ll never forget.

He walked over to the window with his eyes fixated on the snow.  When his gaze finally moved from the window to me, he signed momma, white butterflies?

It was a question.

As I took in the movement of his fingers and the look on his face, I could barely speak a response because I was dumbfounded.  My son’s brilliance and poetic interpretation of snow as white butterflies had rendered me speechless. 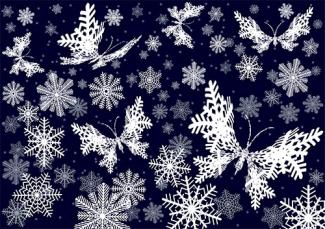 Before I knew it, I was crying and trying to remember how to sign and say snow. Uriah was a bit hard of hearing at that point, so we’d often say something and sign it for clarity.

Before I knew it, I was kneeling beside him just wanting to see his face more clearly. To better remember this moment. I was so proud of him! My son was a poetic genius!!!

Then the sucker punch came….

Had I been underestimating Uriah’s cognitive ability up to that point, just because he couldn’t speak? We had been told that a child’s desire to convey thoughts and communicate develops earlier than their ability to actually produce verbalizations.  That’s especially true for children with Down syndrome. But the brevity of that fact didn’t fully sink in until that moment.

Then another thought washed over me.

I was overwhelmingly grateful for sign language and my library card. 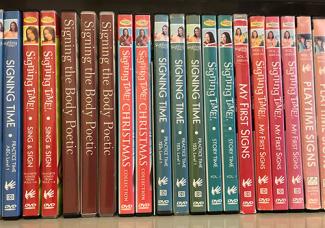 Regardless of how incredibly smart Uriah is, and to what extent I’m aware of his brilliance, he knows sign language. He can communicate in multiple ways. But if he hadn’t learned to sign, if we hadn’t had free access to great materials, Uriah might have missed opportunities to convey his thoughts.

So, how did we do it? How did I teach my son sign language? Well, I didn’t do it alone. Rachel Coleman and her family helped!  She’s the host and co-creator of Signing Time!  One of the best resources LSDHH has to offer families throughout Tennessee is access to Signing Time materials, which is no longer available on Netflix. This was the resource we used the most, and our use of sign SOARED as a family.

LSDHH also offers so much more like assistive listening devices, a staff fluent in ASL, interpreted puppet shows, and online materials like BookFlix.  The resources and web links are also helpful for looking up individual signs!

No extra chromosome required either. Just let the staff know Uriah inspired you. 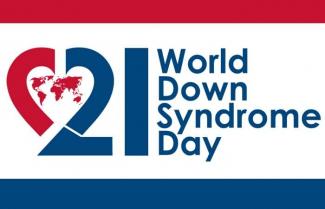