The Origin of Teddy Bears

The teddy bear. One of the most iconic toys in our country. It all started in 1902, when President Theodore (Teddy) Roosevelt was invited on a hunting trip in Mississippi with the state’s governor. Three days into the trip, several hunters had spotted bears. Roosevelt, an avid huntsman, had not. To appease the President, the hunters tracked down an old black bear and tied him to a tree.  They then called over Roosevelt and presented him with the bear--here was one for him to shoot!

To the surprise of the group, Roosevelt refused to shoot the bear! He called the tactic unsportsmanlike. Word spread fast around the country, and soon a political cartoon illustrated by Clifford Berryman appeared, depicting the President refusing to shoot the bear. Similar cartoons followed, and it gave Morris Mitchom, a New York candy shop owner, an idea. He placed two stuffed bears that his wife had made in the window of his shop. With the President’s permission, Morris aptly named the bears “Teddy’s Bears,” in homage to the President’s humane treatment of the black bear. The toys became almost instantly popular, eventually leading to the mass production of the teddy bear that we all know and love today. 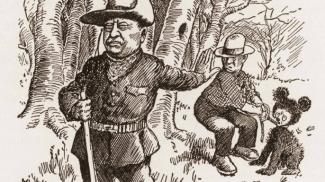 Chances are, most of us can recall a favorite teddy bear from our childhood, so well-loved that the stitching’s come undone and the stuffing limp from being hugged so tightly over the years. And while we might one day outgrow it, put it up on a shelf or pack it into a box, there is something about that cherished stuffed animal that we will carry with us forever, and remember fondly the happiness and joy it brought to us. And, if you’re anything like me, you might even be tempted to take it off of its shelf or out of the box and give your teddy bear one more warm, cozy snuggle.

You can use this iconic toy as a way to connect and engage in meaningful conversations with your children. Remember the days of your youth, when you dragged your bear from room to room, talked to him like he was a human being, and engaged your imagination to create elaborate, fancy tea parties, daring adventures, and more! Your child will love seeing and/or hearing about your stuffed bear from childhood, and knowing that you can relate to the feelings that they have about their own beloved toy. Talk about where it came from, what its name is, and what kinds of explorations you and your stuffed friend used to take together, and ask them the same. Check out some books from your local library branch and delight in new stories of Teddy Bears on wild adventures! Your child will cherish and appreciate the ability to bond with you over a shared love of a favorite teddy bear. 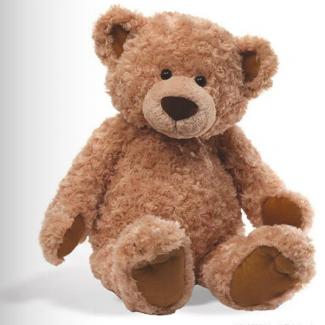 I hope that you enjoy the special, one-of-a-kind snuggles only a favorite teddy bear can offer. I enjoy remembering fondly the days when all I had to worry about was what adventure me and Teddy would embark on next.

What Does My Teddy Bear Do All Day?

My Bear and Me

Everybody Has a Teddy