Heroines of the Track: TSU's Tigerbelles Bring Home the Gold

As you are reading this, I'm sure the 2021 Summer Olympics have already begun in Tokyo. Of course we all know that they were supposed to take place last year but no need to go into all of that; just chalk it up to another hindrance of COVID.

Instead, we're celebrating the fact that they are taking place this year, and looking forward to the thrills that inevitably will occur throughout the various sports.

In celebration of the Tokyo games, here's a look back at one of the best Olympic (and sports in general) stories of the 20th century - the TSU (formerly Tennessee A&I) Tigerbelles. Or as the New York Times referred to them after their success at the 1960 Olympics, "the cathedral of women’s track in this country." 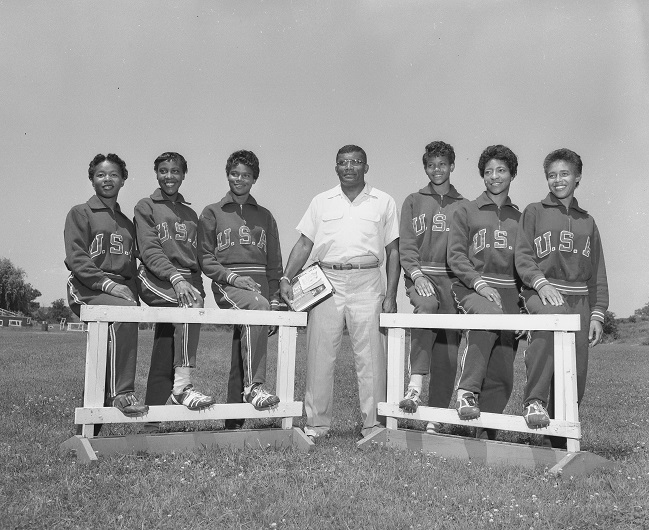 Track and Field Leads the Way at Tennessee A&I

Ed Temple's famous Tigerbelles that went on to win 23 medals in the 1960 Rome Olympics, and included famous Clarksville-native, Wilma Rudolph, was certainly a highlight of TSU's athletic program. But they weren't the first to succeed in track and field at the school.

Following Jesse Owens' success at the 1936 Berlin Olympics, TSU (or Tennessee Agricultural and Industrial State College at that time) added a track and field program to the school. And in 1943, the college had its first women's track and field team with Jessie Abbott as the coach (and Lula Bartley as the coach 2 years later).

Abbott had previously been the coach at the Tuskegee Institute, where the track and field program was the first nationally dominate African American program. With Abbott's success and the college president (in 1946) implementing a mandate to make Tennessee A&I University the equivalent to UT-Knoxville in every aspect (especially sports), this helped the track and field program excel.

Even with changing coaches over the next several years, the track and field program remained a nationally-renowned program for track and field. Before Wilma Rudolph's team headed off to the 1960 Olympics, there were a few other impressive athletes that made their fame while attending Tennessee A&I...

Ed Temple and the Creation of the Tigerbelles

The success of the track and field program only continued to increase when Ed Temple took over as coach in 1950. And it was under his tenure (though not his idea) that the women's track and field team became known as the "Tigerbelles". The idea actually came from the school's sports information director of that time, Earl Clanton III, and was a combination of the school's mascot + the term "southern belles" since it was the women's team.

The official offer Temple received for the job included going to grad school, running the post office, and coaching women's track for $150/month (roughly $1650/month today). And his budget when he started was $300 (roughly $3300 today).

The facilities were in poor condition when he started, and the scholarship opportunities for athletes were pretty limited as well. Actually, in his first 18 years of coaching, he had no athletic scholarships to offer his athletes (which changed in the 1970's). Instead, Temple offered work aid to his athletes at 2 hours/day, somewhere on the campus.

Temple's model of success came from Tuskegee's successful program that had an AAU (Amateur Athletic Union) summer program to attract top high school talent to train with the college athletes. This program was clearly successful, as Mae Faggs and Barbara Jones were the first Olympic-winning Tigerbelles in 1952.

More medals and success rolled in throughout the 1950's and 60's, making the team the state's most internationally (and nation-wide) accomplished athletic team in the mid-20th century. This included the AAU women's competitions and Pan-American games as well.

That's impressive enough on its own, but also consider that this was during the time of Jim Crow laws still, which only added to the level of adversity the athletes faced. One example of this is when the team traveled to New York for a competition. They all piled into a station wagon and spent the next 22 hours on the road, only stopping for gas and hamburgers; 2 reasons for that - finding a hotel that served African Americans was one challenge, and having no money for a hotel room was the other.

Another time was when they were in Texas for the Olympic trials in 1960. Their driver refused the assignment and almost made them miss their race, but thankfully a replacement got them there on time.

These women also faced discrimination and ignorance as female athletes, an idea not commonly accepted in the 1950's, especially in the South. The city of Nashville mostly ignored them, and celebrations of their success were pretty much kept to on-campus events. And local media in Nashville pretty much ignored them as well, at least until their bronze-medal success in Melbourne in 1956. After that, Tennessean reporter David Halberstam (famous for writing The Children) was assigned to write about them.

In response to the differing treatment they received out of the country versus at home, Tigerbelle Willye White later recalled...

"The Olympic games introduced me to the real world. Before my first Olympics, I thought the whole world consisted of cross burnings and lynchings. After 1956 I found there were two worlds, Mississippi and the rest of the world."

"The Fastest Woman in the World" 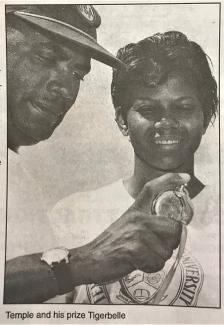 A name most Tennesseans are familiar with and I'd guess you could say is the most famous athlete among Temple's teams is Wilma Rudolph, who was the first American woman to win 3 gold medals in a single Olympic game (the 1960 Rome Olympics).

The 1960 games were not Rudolph's first time participating in the Olympics (she'd previously participated in the 1956 Melbourne Olympics where she helped win a team bronze medal in a 4x100 relay), but it was the first time that she'd made history.

As the 20th of 22 children and someone who spent the better part of her childhood sick from various illnesses, Rudolph saw the sky as the limit when she grew up. Temple discovered Rudolph at a youth basketball game in Clarksville and invited her to his summer camps; you could say the rest is history as she went on to become the fastest female sprinter in the world (of her time).

But to give you an interesting little tidbit about Rudolph's method of preparation and her level of talent, one of the news clippings I read talked about her coach's memory of the 100-meter race at the 1960 Olympics. An hour before the race, Temple found her in the practice stadium's locker room...asleep.

When he was finally able to wake her up and got her to the proper stadium, she "limbered up a little bit" at the starting line. "She fiddled and fiddled around," Temple said, and then "On 'Go!' it was never a matter of if she would win, but by how far. When she broke the tape, everybody went wild."

In response to Rudolph's success in Rome, her coach said...

"...I was so happy [for Wilma] I was bursting all the buttons off my shirt."

Sadly, Wilma passed away quietly on November 12th, 1994, as a result of her diagnosis of brain and throat cancer.

If you're curious about some of her other accomplishments and highlights, check out the timeline below... 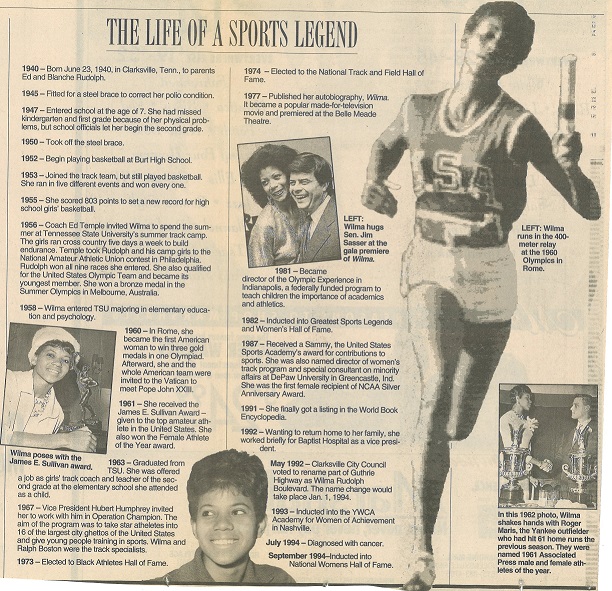 But, as I previously mentioned, she was not Temple's only successful athlete. To give you an idea of the level of talent that Temple coached, here are a few more notable Tigerbelles...

Temple remained the coach of the Tigerbelles until 1994, a total of 44 years of coaching. In the end, his resume included 34 national titles (16 indoor and 13 outdoor) and 5 junior championships. And 40 of the athletes he coached competed in the Olympics, having won 23 medals (16 gold, 6 silver, and 4 bronze).

He coached 2 of the Olympic teams - in 1960 and 1964. He was supposed to coach the 1980 team as well, but that didn't happen due to the U.S. boycotting the games (in addition to 65 other countries) in response to the Soviet Union's invasion of Afghanistan.

One of the things that impressed him the most out of all of his success though, was that 40 of the Olympians he coached earned one or more academic degrees.

Temple passed away in September, 2016, but his legacy has lived on through the school's name and the continued success of the Tigerbelles' women's track and field program.

Still haven't had your fill of Olympic history?

Here's a link to a previous blog post I wrote back in 2016 in honor of the games in Rio de Janeiro - Nashville's bid for the 1996 Olympics. Believe it or not, Nashville once tried to host the Olympics.